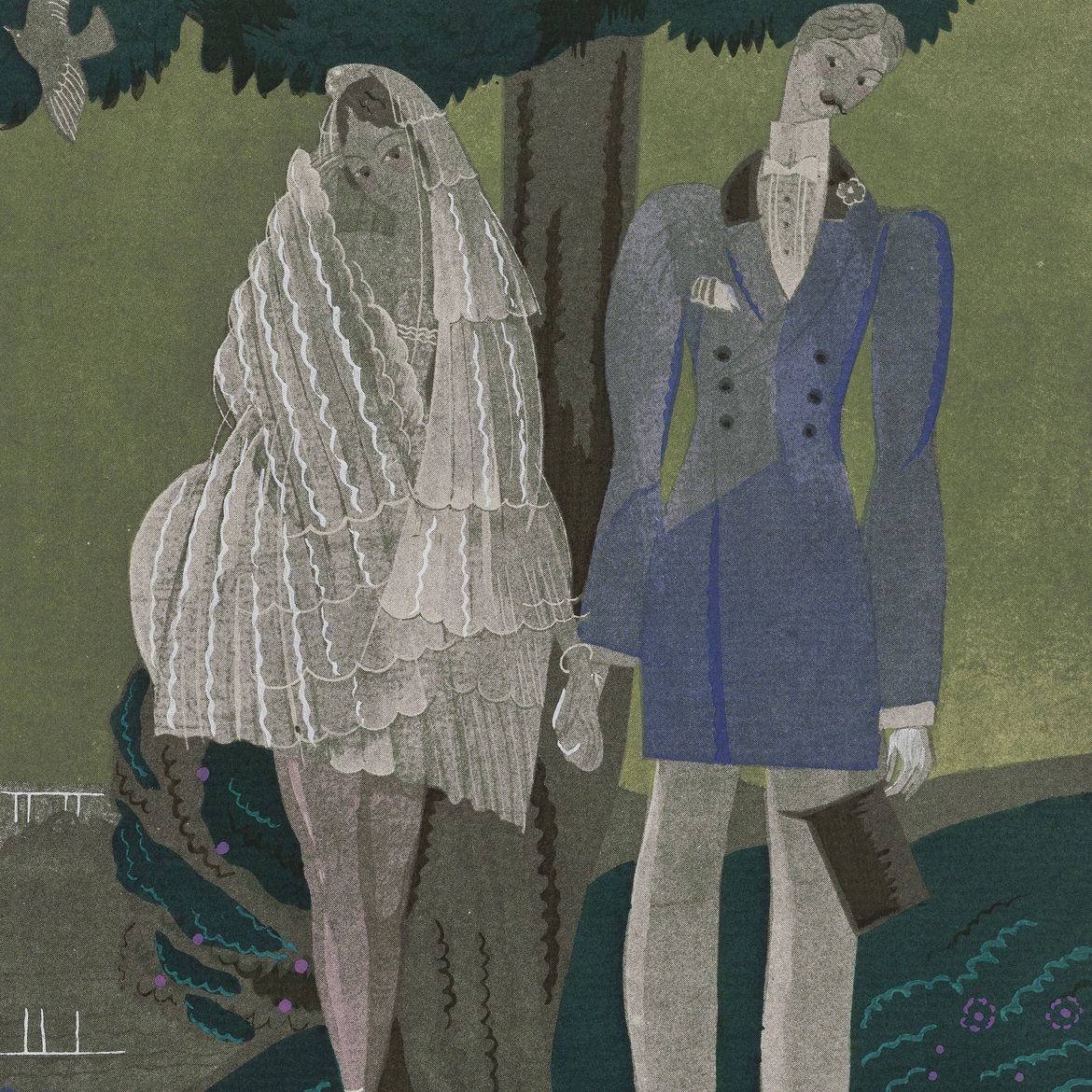 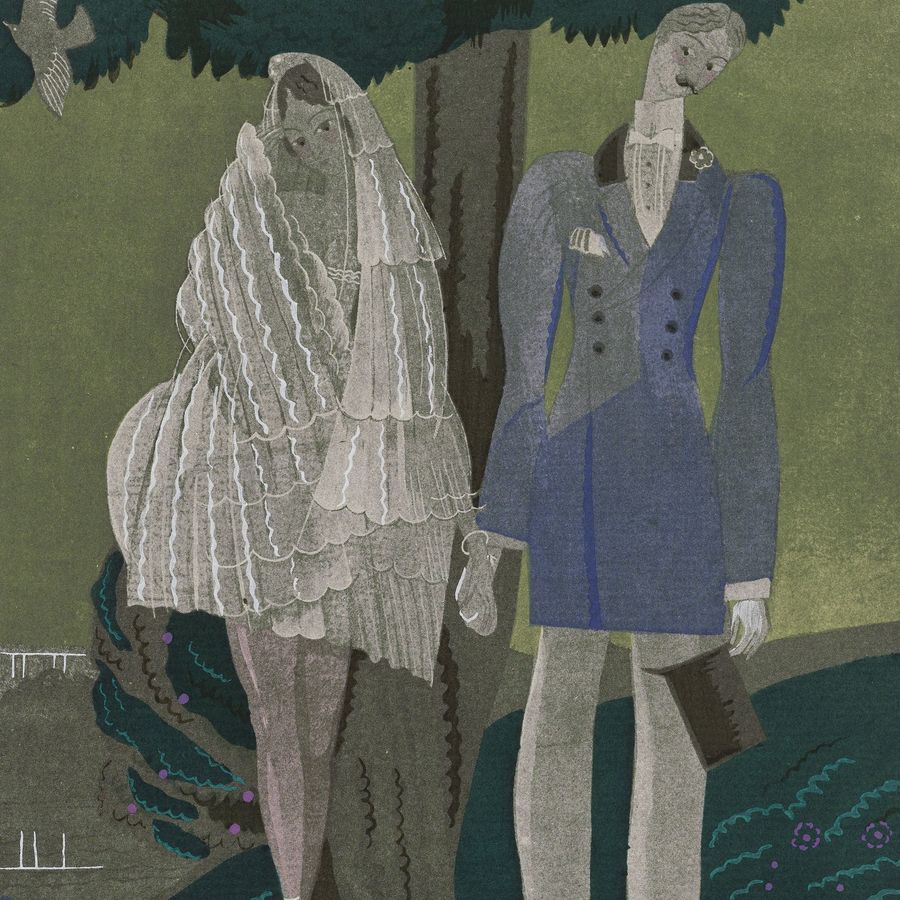 To Whom It May Concern
Amitava Kumar

The End of December
Mensah Demary

“To us, traditional vows seemed, to put it mildly, uncool.”

“What were your vows? Did you write them yourself?”

I panicked. It was 10:30pm on a Friday a year and a half after my wedding and I had been drinking with some people I had just met for about four hours when one of them asked me this question. To be honest, even if I were sober I don’t think I could have answered. That’s probably not good. Vows are supposed to be treasured promises, the foundation on which your marriage stands. When times get tough, you’re supposed to remember the simple things you said you’d always do. I was failing at being married.

To be fair, my husband couldn’t remember them either. And, let’s be real, this is a weird question to ask a drunk stranger. “Uh, it was something about loving each other,” I responded.

I could have said more. My husband and I had written our vows ourselves. To us, traditional vows seemed, to put it mildly, uncool. The modern wedding is no longer a standard ceremony. It’s supposed to be unique, something that can be bragged about on Instagram and Pinterest as “totally original.” Everything has to represent what’s special about the couple, whether it’s the Save the Dates designed to look like books (because the couple loves reading) or drinks served in mason jars (because the couple loves jars). “To have and to hold, in sickness and in health” wasn’t going to cut it. We didn’t want our vows to proclaim that we would mold our relationship to love, honor and obey just like everyone else.

But what were we going to vow to each other? We are not religious, nor did we want to get too schmaltzy. We agreed that the vows that brought everyone into the minutiae of our relationship (“I vow to always love you, as long as you let me watch the Jets in peace” or “I promise to stay by your side through the zombie apocalypse!!!) made us cringe. Our inside jokes could stay inside.

So we googled it.

We typed “vows+original+modern+secular” in a search bar. We needed something elegant but personal, something that rang true but didn’t give too much away. And, most importantly, something quick. We had drinking in fancy clothes to do. The internet provided. Well, first we found some interesting discussions in the comments section of a website. There were disses like, “Sorry but that is wayyyy too long” and complaints that someone else “said these exact same vows!!!!” But the truth is everyone else has figured out poetic ways to say “I’m sticking around” better than we could. We found lines like, “I choose you as you are, loving all I know of you and trusting what I don’t yet know,” and “I will love you and have faith in your love for me,” hinting at the uncertain future, positioning us as humble in the face of a lifetime together.

In the months before the wedding, we slowly cobbled something together, emailing options to each other over lunch breaks with subjects like “maybe????” and responses like “yeah that sounds nice” or “No, I’d never say that.” It was like writing a script.

There was one other phrase that I kept returning to. Something not from the Internet. It was a phrase that we said to each other when we got back together the last time, the third time—the time for good. We had said it to each other through tears and shallow breathing and probably even some emo music in the background, and after that it had become a common refrain between us when times were hard or when our anxieties or tempers flared. On its own it might not sound special. It’s something that would probably even be found in many modern vows, but it had meaning for us. Duh, I thought. Of course that should be in our vows.

So I was surprised when my husband-to-be nixed the idea of using our adorable personal refrain. No matter how ordinary it would sound to other ears, to him it was something “for us.” To him it would lose its meaning between us if all our family and friends could quote it back to us. Somehow, it would cease to be ours.

I tried to argue. The beauty of a modern wedding is the ability to define marriage for ourselves. I was all for not giving too much away—but giving nothing? I’m a writer, and part of that is wanting to make things clear, to lay everything out and show the world truth. Part of planning a modern wedding is the same thing—it’s about showing everyone just how your relationship really is. I wasn’t just going to plagiarize some other couple’s eternal promises. They needed to be ours in some way. But this did not compute. I didn’t push it, but I was slightly hurt.

Maybe in the back of my mind, I knew that the perfect vows were unattainable. A wedding is a ceremony first and foremost, representative of the thing but not the thing itself. And words, vows, no matter how much we gather and curate and edit them, are still only representations of our emotions. They’re the best we’ve got, but we will never know if someone else means what we think they mean. We will never know how good of a representation they are.

When we finally got to the altar (or rather, the front of the aisle in the converted factory space) our best friend was standing with an iPad ready to make it official, and I had nearly forgotten what we agreed upon. We had chosen to give our written vows to our officiant beforehand and to repeat after her rather than add memorization to our list of stresses. And as I repeated, I could almost convince myself that I had written them all by myself. I meant them.

Later, our guests would tell us how “us” our ceremony was, how much it felt like it represented our relationship, how unique it was. I wonder if everyone else who googled those vows felt the same way.

Right after our ceremony, we retreated to a room by ourselves to let the moment sink in. It felt weird. I wondered if I should feel more different. At the same time I wondered why I was so happy. On the couch in the back room surrounded by cousins’ strollers and umbrellas, I said the thing—the special phrase—and then he said it back, and I came the closest I did all day to crying. (For some reason, I’ll cry at Kung Fu Panda 2 but not my own wedding.) The rest of the day was a whirlwind of hugs and kisses and alcohol and dancing, but that moment was completely still. I have no way of knowing if it means the same thing to him as it does to me. I just know that I can’t remember my vows, and I remember that.

Every Novel Is Historical: A Conversation

Do You Want to Be Known For Your Writing, or For Your Swift Email Responses?

How Patriarchy Has Fucked Up Your Priorities

When You Hate the Job You’re Supposed to Love

“Jobs are insidiously hard to compartmentalize. So is dying inside.”