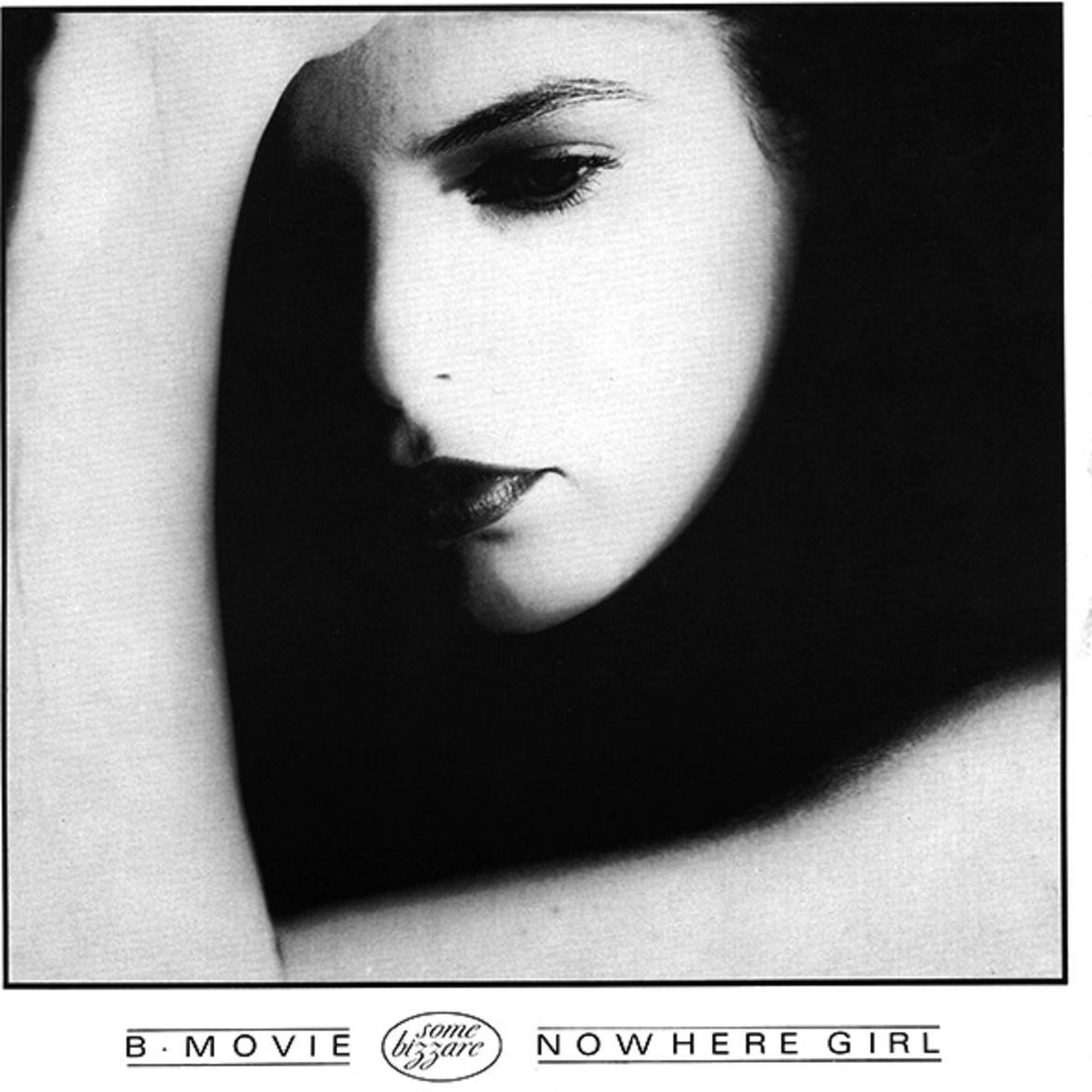 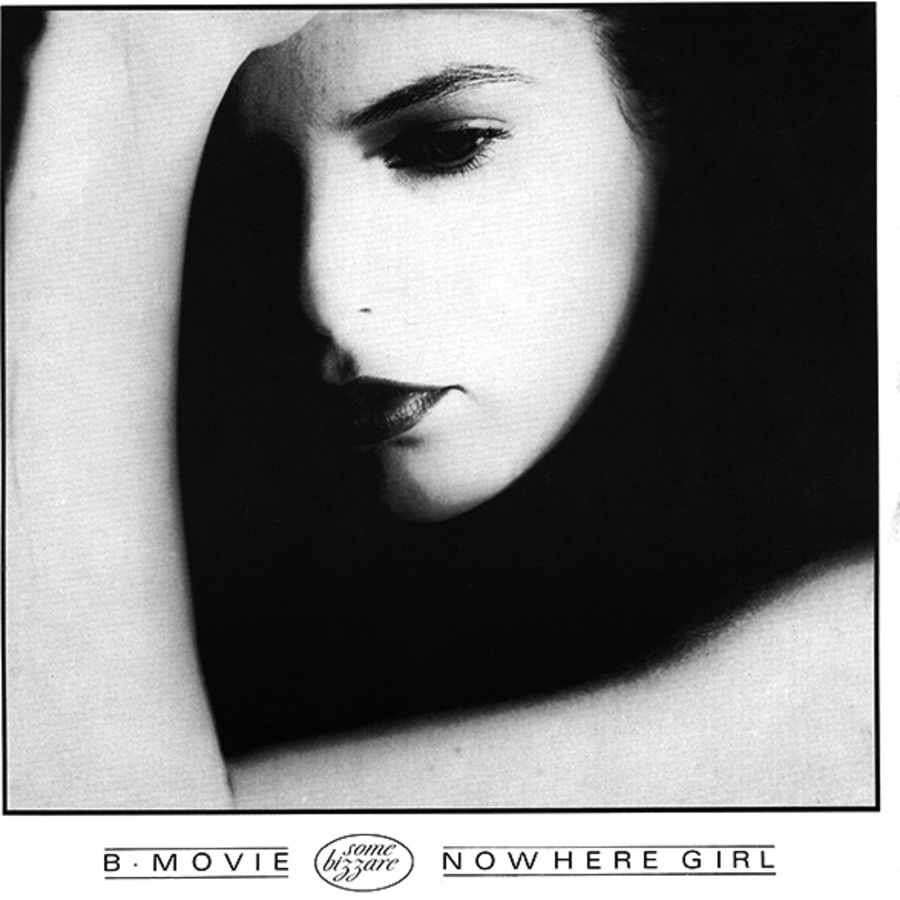 ​Into the Cinema, Onto the Page
Michael Gonzales

“I heard it at a small Manhattan club in 1981, a time of costuming, pretense, and fancy-shaped Day-Glo-colored hair.”

I don’t know why this song touched me. I heard it at a small Manhattan club in 1981; it came tingling through the crowded dark and lightly touched me with an indefinable feeling that was intense almost because it was so light—and then disappeared into whatever song followed. It was in no way the best song I heard during that time; it did not “save me.” I did not even go out and buy it, though if I’d been able to afford anything to play it on, I might’ve. Might’ve. I am not a fan by nature and it was a slight, slightly ridiculous song. But it touched me in a way I could not quite forget. I heard it randomly maybe three more times; I didn’t go out that much and apparently it wasn’t hugely popular. But each time I heard it, it touched me in that peculiarly light and emotional way, with the quality of something small that is trying to get your attention, though unconfidently, from somewhere off in a corner. Or from nowhere.

Nowhere girl in self-imposed exile / Nowhere girl in martyr-like denial. Part of what touched me was the word “nowhere,” and the idea of someone living there, a picture of mysteriously seductive loneliness, a delicate and melancholy thing expressed in manic synth pop. (Maybe it unconsciously reminded me of a fantasy story I’d written when I was fifteen, in which some space-traveling teenagers come across a beautiful woman confined in a transparent false world that moves fluidly with her movements, in which she lives a hallucinatory non-life, unaware of “real world” people who can watch her delusional existence but who cannot help her.) Nowhere girl, you’ve never gone outside / Nowhere girl cause you prefer to hide / Every day, every night, in that old familiar light: the words “every day” and “light” activated this phrase, and, put together with the music, made multiple pictures that blended and flashed through me. Everyday light: light in a basement, streetlight, club light, imaginary light; something as mundane as a lamp and as sinister as the glow of a hypnotizing dream that the girl has become lost in, yet which is at the same time the only thing keeping her alive. The music evokes delight, longing, urgent melancholy and fun: And I try to get through / And I try to talk to you / But there’s something stopping me from getting through. The sincere, slightly exasperated, actually pretty happy voice is that of a guy in cheap fashionable clothes that look good as long as it’s dark; he’s no prince, and he’s more bemused than ardent—still the song has the enchanted feeling of Sleeping Beauty, though in this case the enchantment will not break.

So much association and imagery; it is a lot of weight to put on such a small song, and I didn’t think any of that at the time. I just felt it sort of speeding past. But the wistful sound that translated as a kind of emotional touch entered my system with all of that somehow encoded, and it bloomed in my subconscious imagination like the artificial seashell somebody gave me when I was a kid which, when dropped into a glass of water, opened and bloomed into an elaborate flower.

This is a quality that many, maybe all good pop songs have, this deceptively light ability to touch and awaken multiple associations that blend with the wordless, innocent and completely non-hierarchical sense of dreams.  (For someone else’s fantastically rendered dream of this song, a more tarted-up and sentimental version than the one I first heard, see the video posted by somebody called “davidapa” on YouTube; it’s a beautiful mash-up with the mad scientist scene in Fritz Lang’s Metropolis, in which the theme of awakening is demonically moving.) It’s a quality that I felt more complexly in many other songs from the same time, which I find better and more delicious, songs by Crime & the City Solution, Talking Heads, Joy Division, Roxy Music, Patti Smith, Sonic Youth, the Psychedelic Furs, among others.  It is a quality that can make pop music appear ephemeral to the point of cheap, exceptionally vulnerable to changes in fashion, attachable to dumb things like ads for cars or pizza, dependent on its period of time for its language of shared associations to make sense. It is also a quality that makes pop music exceptionally powerful in its ability to enter a person’s most private schema and whisper to that person in secret.

It makes sense that this song wasn’t popular; what nightclubber in New York City wants to identify with some loser sitting by herself in the basement, staring into space? At the same time, it also makes sense that this loser and the guy trying to get her out of the basement appeared in New York City in 1981, a time of costuming, pretense, and fancy-shaped Day-Glo-colored hair. Costuming is a romantic way of giving shape to something previously inchoate inside you, of trying to discover, to become. It can also be a way of obnoxiously parading the self while simultaneously hiding it, especially if the costume is socially agreed on. The song is about a person who “prefers to hide” in a physical place, such as a room, but also perhaps in the self, in a construction of personality in which something essential and vulnerable remains hidden and undeveloped. When I heard “Nowhere Girl,” I was lost in a self-created nightmare that had become a terrible reality I was trying desperately to get out of, and instead was getting more lost in by the moment. I think the song in its light passing gave me a strange glimmer of hope just because in it I could hear that other people saw and felt this lostness too, and rather than despising it, someone had considered it worth writing a song about.

By ’86, I was starting to find my way. I could sort of talk to people. I remember, though, a particular moment when I couldn’t. I was spending an afternoon with this guy I liked, and we were walking around doing something I no longer recall. I do remember that at one point we sat down outside somewhere and he said, “I really like you and I want to get to know you. But it feels like there’s all these obstacles and I don't know what they are and I don’t know how to get around them.” I was so astonished that I could not reply. I knew exactly what he meant. At the same time, I didn't know what the obstacles were either. I crossed my hands over my lap and looked down. I have no idea what I was thinking. Maybe I was trying to come up with something smart to say and realizing that it was beyond me. Probably I thought he was saying there was something wrong with me. He put his hand on my arm, then took it away. The moment passed. We talked about something else, then said goodbye.

Because I knew I was going to write about this song, I told this anecdote to someone recently and she said, “It just sounds like he was coming on to you.” My mind snagged on the word “just”; I seldom think that anyone “just” comes on. I don’t know what he wanted or what he was doing.  I remember the moment because I felt he was trying to get through, trying to talk to me and that something was stopping him—and that yet, he succeeded. It is still moving to me that he saw something real that most people wouldn’t bother to see, and that he said something about it; that he helped me, in a tiny way, to wake me up.

By ’87 I had gotten somewhere in the social sense; I had sold a book and it was about to be published.  I remember going to a club for the first time in a while and being kind of appalled. There were no costumes, no sense of discovery or romance; there were mostly a lot of expensive clothes, and I was wearing them too. The best thing was the DJ, who for some reason made me remember a song I hadn’t heard in years; I went up to her and asked, do you have “Nowhere Girl” by B Movie? She did. She played it and for a moment the room was drenched in feeling from the past: the feeling of something unknown trying to get your attention, of not quite being able to see what it is; of somebody trying to awaken somebody else; of trying to wake. Banal somewhere was suddenly and beautifully infused with mysterious nowhere. It was a very small moment, but it was a lovely one.  As this is a small but lovely song.

This essay was first published in How to Write About Music, an anthology and textbook edited by Marc Woodworth and Ally-Jane Grossan. The book features selected music writing from the 33 1/3 series alongside work by Lester Bangs, Chuck Klosterman, Owen Pallet, Ann Powers, and Alex Ross.

Mary Gaitskill is the author of the novels  Two Girls,  Fat and Thin and Veronica. She has also written three story collections, Bad Behavior, Because They Wanted To, and Don't Cry. Her stories and essays have appeared in The New Yorker, Harper’s, Granta, Best American Short Stories and The O. Henry Prize Stories. She has taught writing and literature since 1993, most recently at Claremont McKenna College. She was awarded a Guggenheim Fellowship in 2004 and a Cullman Fellowship in 2010. Her new novel The Mare will be published in November of this year.

Let Me Do My Show: My Life with Billy Joel

“Billy Joel is the clown prince of my middle age.”

Why Wrestler Tetsuya Naito Is the Unlikely Hero I Needed

For my generation of fans, Naito embodies our time and our struggles. The closest thing he has to a superpower is survival.