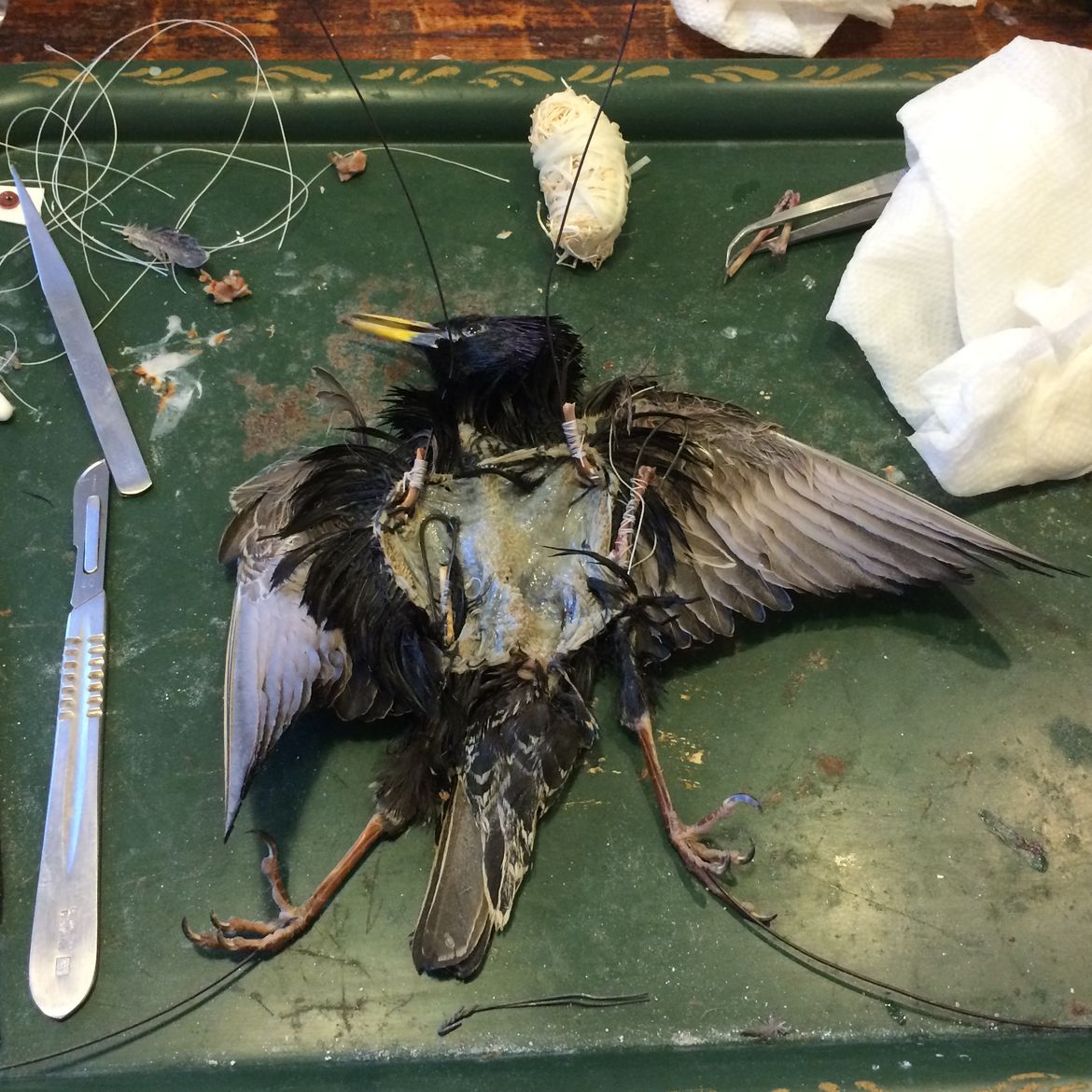 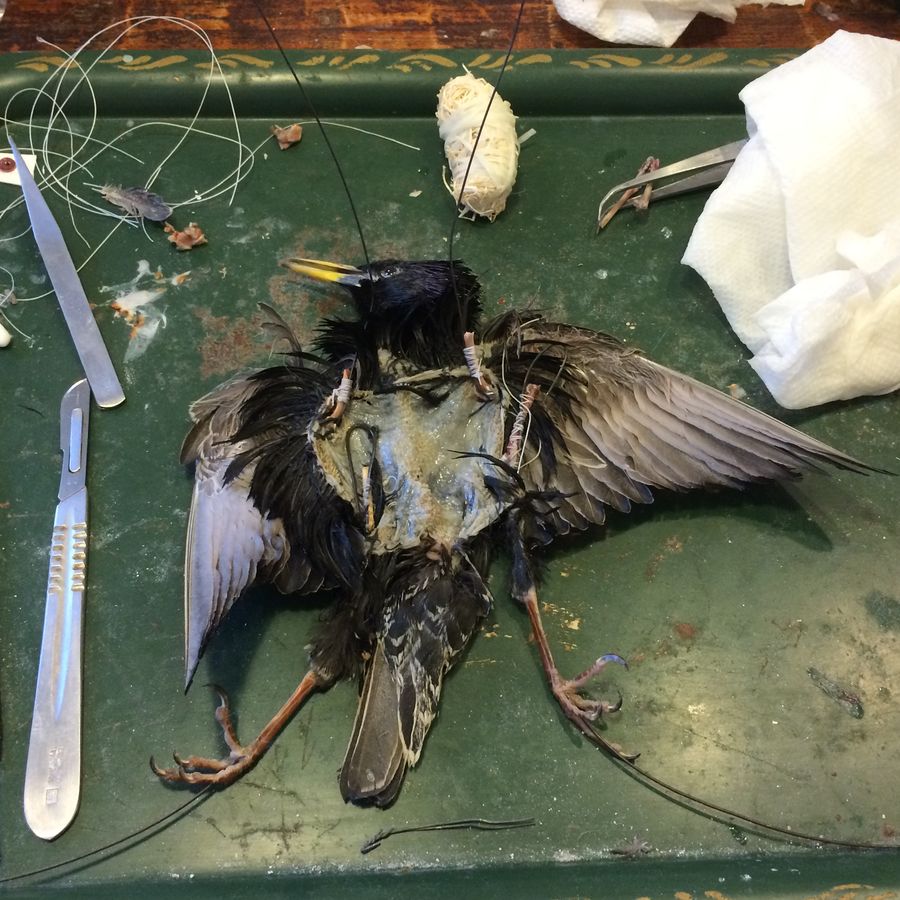 Death and Its Museum
Dave Wheeler

On Signs and Solitary Women; or, Why I Kept the Bureau for Myself
Tallulah Pomeroy
Things | Kept

The skin of a dead starling is hardier than you’d think. It’s tissue-fine yet lizard-like—wheat-colored chainmail for an airborne knight. During my first class at Prey Taxidermy, in downtown Los Angeles, I could see in the slit breast of my specimen a mix of delicacy and toughness, the bird’s firm insides cool from the freezer and as flush as a plum.

The Breathless Zoo: Taxidermy and the Cultures of Longing,herenot here.

On Saturday morning, students started to trail into Prey Taxidermy in the twenty minutes before class began. A brass moose head with a rusted patina and wide hoop dangling from its septum served as a door knocker. The suite of three rooms followed the shape of an “L”: the main workspace formed the base of the letter and two small rooms off the hallway made up the stem. The studio’s white walls, tall windows, and minimal shelves recalled the curated space of an art gallery, though instead of paintings or sculptures these rooms held sleek mounts of African ungulates (a gazelle, a dik-dik, and some type of massive antelope), a male peacock, the bust of a panda, several raccoons, and numerous birds.

Lucifer Ascending: The Occult in Folklore and Popular Culture,

“Nun’s Priest’s Tale,” composed in Middle English during the late fourteenth century. It tells the story of a sly, smooth-talking fox and an anxious, but ultimately clever, rooster. In the late seventeenth and eighteenth centuries, the genre surged in popularity due in part to the vast success of the French writer Jean de la Fontaine, who published the multiple volumes of his Fables from 1668—1694. Many of la Fontaine’s fables, which he composed in verse, belong to the Aesopian tradition of anecdotal stories about animals endowed with human speech and who represent human qualities. In the opening poem of his epical twelve books, la Fontaine declares:

I sing those heroes, Aesop’s progeny,

this flesh is dead

In one of my father’s stories—which, to me, feels like a beast fable—he and his friend Pete faced their blustery high-school football coach, Jim Baddley, after practice. Coach Baddley hollered at the team, calling them “wormy slackers,” and suggested that, since the boys were so dainty and delicate, he was beginning to believe they needed “fur-lined jockstraps.” My father glanced at Pete and folded his hands behind his back. When he got home, he rummaged in his desk for a box containing the rare black squirrel hide he’d tanned earlier that year. He claims he stayed up late, his door locked, gluing the hide to the cup of a jock strap and smoothing the folds to fit the concave angles. Several days later, my father presented the undergarment to Coach Baddley with a ceremonious bow, observing that, at his advanced age, it was he who would need a fur-lined jockstrap to see him through the next football season. Fortunately for my dad, Coach Baddley howled uproariously, slapping him on the back, and showed off the contraption to the school’s other coaches, vowing to wear it to the first game of the season.

Death scares me, but during those days at Prey I wasn’t afraid to touch it. The New Yorker,

Anna Journey is the author of the poetry collections The Atheist Wore Goat Silk (LSU Press, 2017), Vulgar Remedies (LSU Press, 2013), and If Birds Gather Your Hair for Nesting (University of Georgia Press, 2009), which was selected by Thomas Lux for the National Poetry Series. She is an assistant professor of English at the University of Southern California.

Level 1 is not hot (sorry, Sriracha). Level 2 (habanero, scotch bonnet) gets interesting. Then there is Level 3.

Reading Underwater: Reckoning With Myself as a Woman of Color Amid a White Literary World

“My reading trajectory hadn’t equipped me with how I saw myself.”

Why I Turned to Candy-Making as My Family Fell Apart

If I was in the kitchen making candy, usually my mom wasn’t in there screaming or throwing a butter dish at my dad.