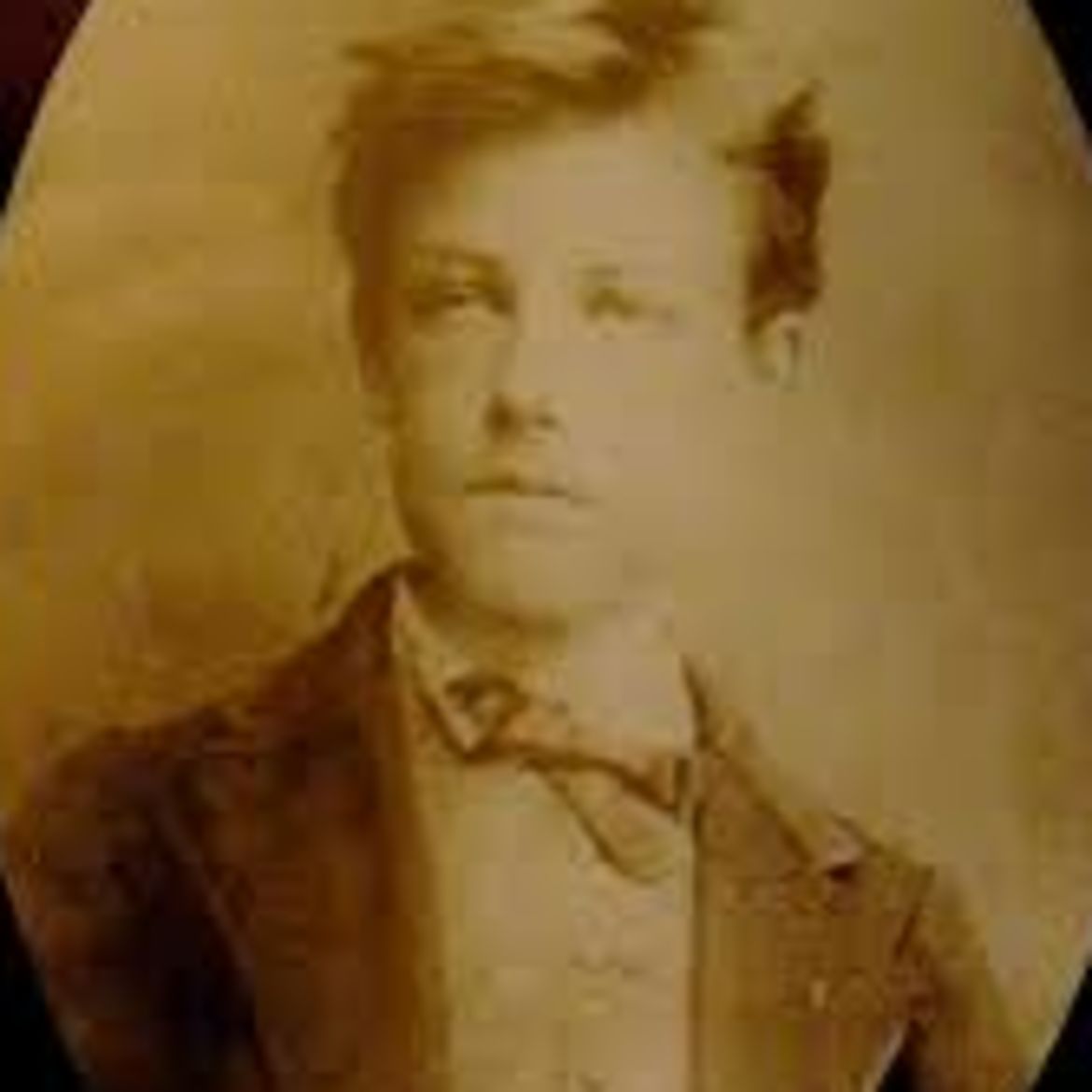 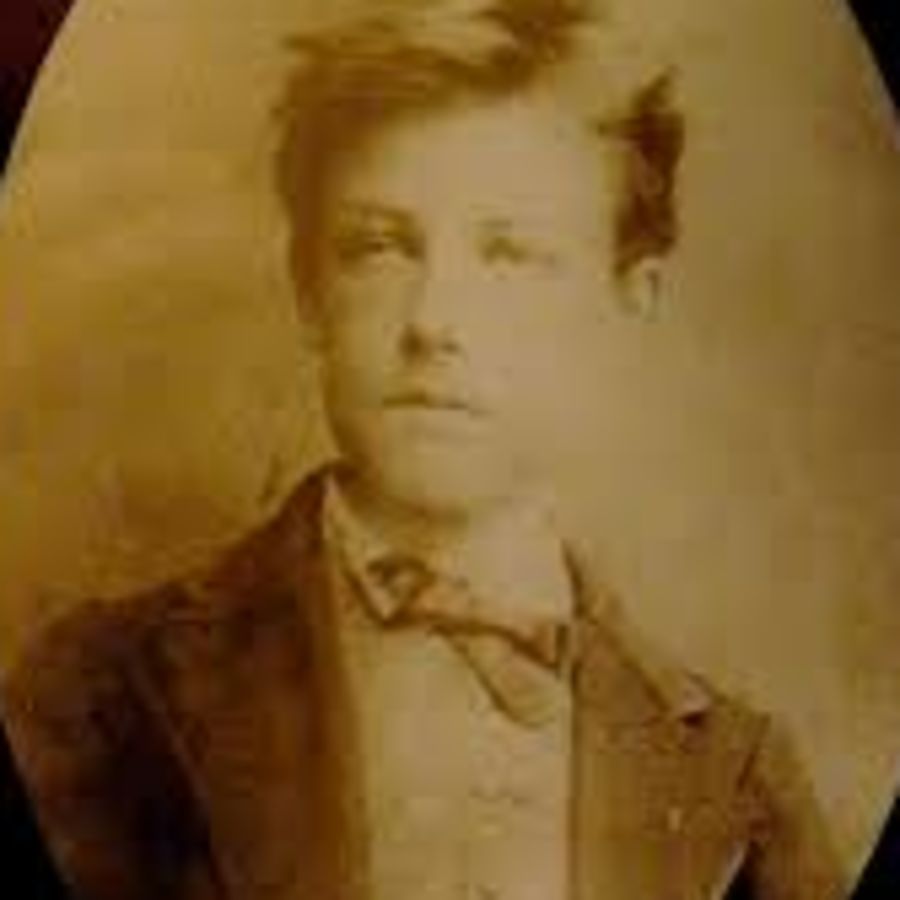 French poet Arthur Rimbaud wrote most of his well-known works as a teenager, then abandoned poetry for a mercantile career.

It’s 11:45 and I’m standing outside Rimbaud’s Hardware, waiting for my friend Art to break away so we can head over to the Chamber of Commerce lunch at the Bothwell Hotel. Art is listening to a customer complain about a lawn sprinkler he bought the week before–apparently the guy can’t figure out how to change the flow from one side to the other without getting soaked.

“Easiest thing to do is just turn off the hose for a second,” Art is saying to the man, an old duffer in one of those “scrambled-egg” hats worn by captains of U.S. Navy vessels and–for reasons that have never been clear to me–retirees.

“You think that will work?” the old man is saying to Art, who’s trying–but not too hard–to break away for lunch. That’s Art for you–he’s got a cardboard sign in his little office that says “The customer is always right.”

“Try it and see,” Art says as he pats the man on the arm and starts towards the door. “If it doesn’t work, you bring it back in here for a full refund. If you’ve got the original packaging and the product is not damaged and you pay a $5 re-shelving fee,” he adds facetiously.

“I will, I will,” the man says. I think he’s a little hard of hearing.

“Hey there!” Art says as he sees me lingering outside his door. “Let’s skedaddle–I don’t want to be late.” It’s amazing the transformation that has been wrought in the former decadent poete maudite since he turned twenty-one and his old man told him the gravy train was coming to a screeching halt. I guess he looked at himself in the mirror one morning and realized that if he wanted to eat three square meals a day, poetry wasn’t the line of business for him.

He came back to Charleville where we grew up and threw himself into the family business with a gusto that surprised a lot of people who remembered him hanging around the Dog ‘n Suds leaning against the cherry T-Bird his grandmother bought him when he turned sixteen, or smoking pot beneath the purple glow of black lights in basements occupied by loser friends of ours who were living with their parents while they tried to put off adulthood.

He had in fact turned into a much sought-after inspirational speaker for fraternal society lunch meetings. One week the Rotary, next the Optimists, then the Lions Club, the Moose, the Elks, and so on. He did it all without pay, too. He said he wanted to give back to the community, since the warm bath of affection that our small town offered a well-meaning but prodigal son who returned to the fold had saved him from a life of absinthe, bad art and boring poetry slams. “I found the celebrities of modern painting and poetry ridiculous,” he said, shaking his head ruefully when we first got together for a pitcher of beer shortly after he returned from the big city.

“One single true word–COME BACK,” he said in explanation of his homecoming, inadvertently revealing the poor math skills that made it necessary for him to hire a full-time bookkeeper. His parents forgave him all the money he’d blown in his bohemian youth, but his dad said he’d have to start at the very bottom of the Rimbaud’s Hardware corporate org chart and work his way up. He got the message, stopped wasting his time driving around town every night, put his nose to the grindstone and shoulder to the wheel–and he hasn’t looked back since!  “Idle youth, enslaved to everything!” he had groaned one night after having one too many Busch Light beers. “By being too sensitive I have wasted my life!”

We make our way into the hotel and see a few Chamber members chewing the fat. There’s Hiram Muller, State Farm insurance agent; Bob Dunn, who owns the new AMF Bowladrome on the western edge of town; and C.J. Turner, the Chevy-Buick-GMC dealer. “Hey Art!” Turner yells as he swivels his double chin around when he spies us out of the corner of his eye. “You preachin’ a sermon today?”

“You will always be a hyena!” Rimbaud laughs as he claps Turner on the shoulder before shaking hands all around. I have to admit, he’s got the gift of gab that a small businessman needs to succeed in a world dominated by big chain stores. We take the elevator up to the second floor and see a bunch of members milling around, making small talk. Since Art’s on the program today he’s supposed to sit up at the dais, while I take a seat at a table with Hiram and Bob and C.J.

As always, we start the meeting with a prayer, led to my surprise by Art himself. Although he’d been one of the first of our teenage gang to go atheist, he had a religious experience, a sort of St. Paul knocked on his ass on the road to Damascus deal. He was coming out of Hersch’s Quik Liquor on South 65 one night with a suitcase of Bud Light on his shoulder when he slipped on a ballpoint pen somebody had dropped in the parking lot, fell backwards and hit his head–hard–on the concrete. “Life is the farce we are all forced to endure,” he had said groggily as we took the steps we had learned for our Boy Scouts First Aid merit badge, elevating his feet, covering him with a beach towel and not moving him until we were sure he was okay.

From that point on, Art had an ethereal quality about him. I think he’d had a near-death experience, and he understood in a way that nobody else in our little circle of friends did that there is another, better world waiting for us after we pass through this vale of tears. Art begins the invocation, his eyes downcast and his hands clasped together, “Only divine love bestows the keys of knowledge.” He continues in this vein–humble and genuine–and his sentiments are echoed by a simple “Amen” by all present when he’s done.

Then, as you might expect with this gang, it’s business. The president welcomes everybody, including some new members–Ted Fhlegm who’s opened up an auto parts store on east 50–and a few guests, such as the sons of some members who have skipped school to see a highlights film of the Kansas City Chiefs that is introduced by a guy from the front office who tries, without much success, to sell season tickets to a room full of guys who’d rather spend their Sunday afternoons snoring on the den couch.

It’s Art’s turn now, and he sits quietly as the president introduces him, saying we’ve all known him since he was a boy and a man and noting his growing reputation as an inspirational speaker. The crowd applauds politely but warmly, Art says thanks for the kind words, and puts the crowd at ease from the get-go with some self-deprecatory humor.

“What am I doing here?” he asks, and the crowd laughs, thinking of him as a French version of Vice Admiral James Stockdale, H. Ross Perot’s running mate in his 1992 bid to become the first independent candidate to become President of the United States. “I’ve just noticed that my mind is asleep,” he says, continuing in the vein of humility he’s struck, and the assembled burghers lean back in their seat, digesting their lunch of Salisbury steak, steamed carrots and mashed potatoes. If Art had any after-dinner mints, the crowd would be eating them out of his hand.

“What a life!” Art begins, turning serious as he begins the tale of his transformation from dissolute poet to successful businessman. “As I descended into impassable rivers I no longer felt guided by the ferrymen,” he says, recounting his bouts with writer’s block, depression, dry flaky skin and existential torment. “Misfortune was my god.” You could hear a toothpick drop, and when Clell Furnell, the local John Deere dealer fumbles his, a few heads turn to shush him.

“I shed more tears than God could ever have required,” Art says somberly. I notice a glint of a moistness in more than one hard-nosed businessman’s eyes. “I’m intact, and I don’t give a damn,” Art says by way of peroration. “A thousand dreams within me softly burn.” The room is hanging on his every word, and he leaves them with one final thought: “The only unbearable thing–is that nothing is unbearable. We know how to give our whole lives every day.”

With that, he is done, and there is a moment of calm before a thunderous storm of applause breaks out. “That was great,” C.J. says to me as he pounds his beefy hands together. “I know–isn’t he terrific?” Hiram adds. “A hell of a lot better than that guy who gave that talk about long-term care insurance.”

“What’s amazing to me,” I say, leaning into the table so the others can hear me over the crowd’s adulation, “is that this is the same guy who wrote ‘Then you’ll feel your cheek scratched . . . a little kiss, like a crazy spider, will run round your neck.’”

The others look at me like I’m crazy. Bob Dunn arches his left eyebrow skyward in skepticism, then pops the question that the others are probably asking themselves at the same time.

“Are you sure about that?” he asks dubiously. “I thought that was Dr. Norman Vincent Peale.” All quotes after the “skedaddle” one guaranteed verbatim Rimbaud. Available in Kindle format on amazon.com as part of the collection “Dead Writers Make More Money.”

Killer Sinkholes Could Be in Your Backyard

Meet the memoir that Kirkus deemed “subtle, artful, and piercing.”

What It Means To Be Human