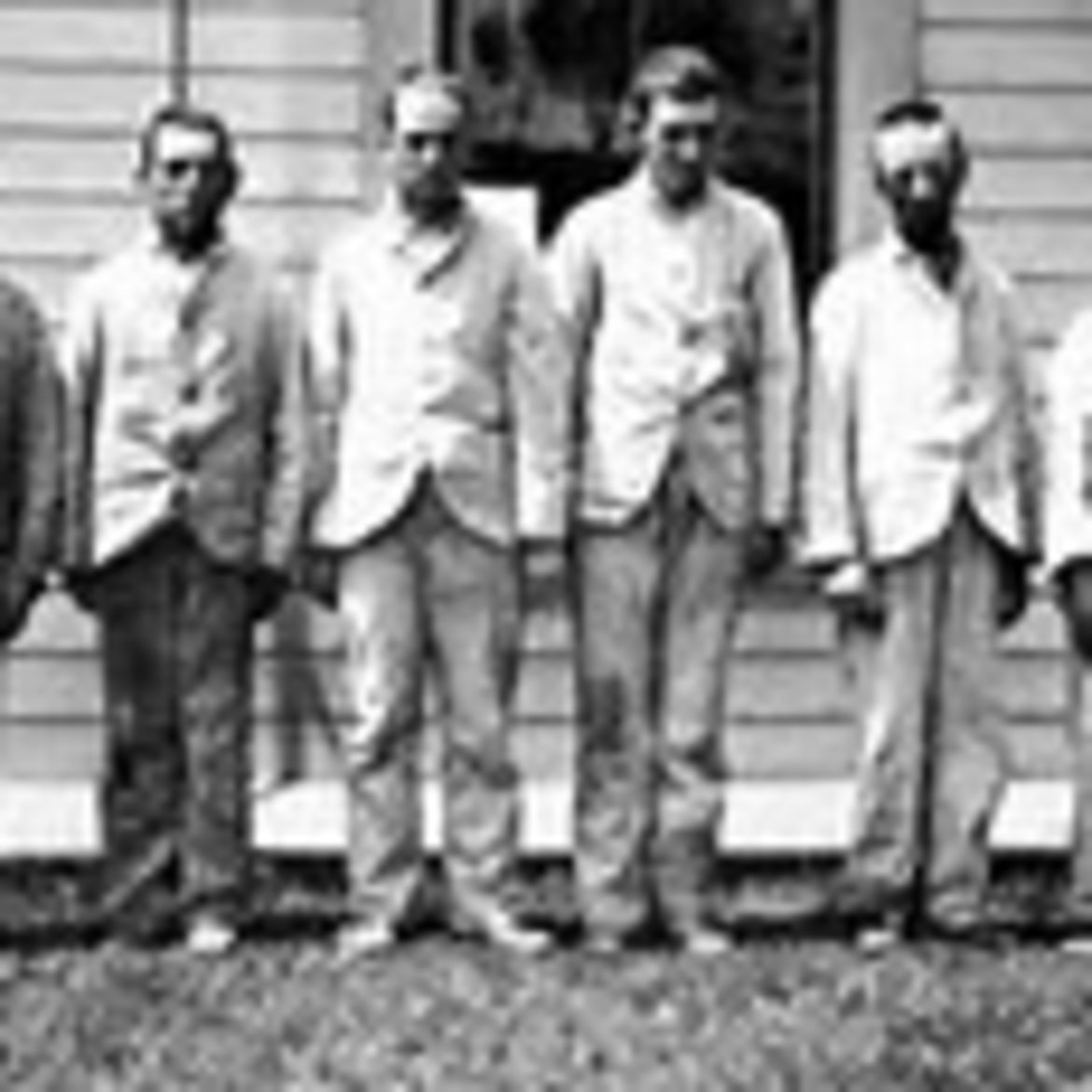 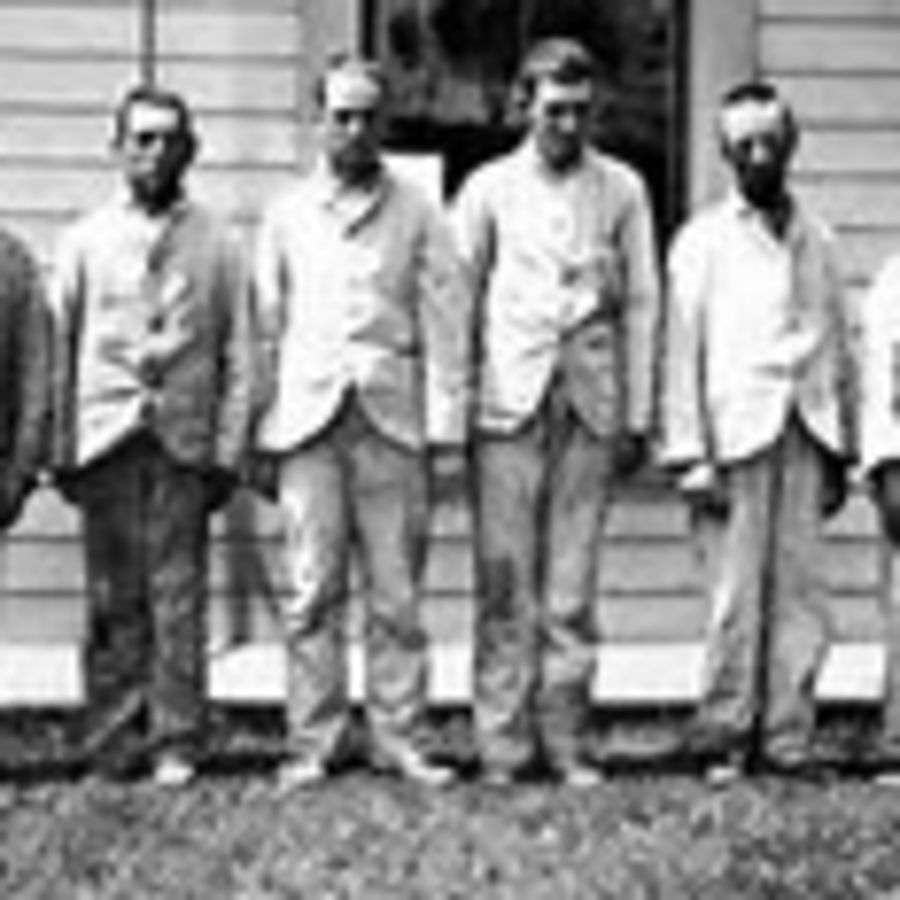 Movies I Watched in 2015
Kyle Amato

It was late, later than usual. Rain was expected the next day and so the farmers had been told to bring their seed to the warehouse and not to the fields where it would ordinarily be shaped into windrows.

Nobody wore a watch when they were working back by the pits, so they didn’t know what time it was until there was a break between trucks. When they went back to the office to get a soda to clear their throats from the dust they saw it was ten o’clock, later than they’d ever worked before.

They walked back to where the doors opened out into the night and hoped they were done, but there was a pickup truck backing into the building. It wouldn’t take long but it was still a disappointment to see it. The man who got out of the cab was known to both Bill and C.J.; it was Mr. Reeves, who’d been their social studies teacher in eighth grade. They said hello and the man, who believed he possessed a dry wit, said “I’m not keepin’ you up, am I?” with a wry smile.

“No load too big or too small,” Bill said, but from the tone of his voice you could tell he’d lost his sense of humor. They thought about calling George, the feeble-minded man they worked with, to come help, but the load wasn’t that big and he was high atop a mountain of seed that was being augered further into the building from the spot where it had been dumped earlier, when the pit was busy.

When Reeves took the board out of the back end of the truck a good portion of the seed poured out onto the floor, and Bill started to shovel it into the pit. C.J. got up in the truck bed and started in, first shoveling space out around the tailgate, then moving seed using his shovel to push like a locomotive at the rear of a train. They were done soon enough, although they would have finished much faster five hours earlier.

Reeves went to the office to get paid for his seed while they shoveled, but returned just as they finished. “You made pretty quick work of that,” he said as he replaced the board in the rear end of his truck. “You boys tryin’ to get in shape for football?”

“No, I’m over that,” Bill said. He’d quit after freshman year.

“Aw, some of those senior boys are smart enough,” Reeves said, and gave them a look that invited a smile back. The boys managed a nod of a head in Bill’s case and a half-snort from C.J. They were too tired to show much enthusiasm.

“Well, you’ll have something to put on your resume when you get out of high school,” Reeves said as George ran up, scurrying down from the mountain of seed.

“You worked with a village idiot—as an equal.” As Reeves drove off George approached, an expression of grave concern on his face.

“I’m about to run out of room up thar,” he said. He’d been shoveling the top off the pile and spreading it around, down into the corners of the building. His face was black except for a white oval around his mouth, where he’d been wearing an air mask. He looked like a sad clown, Bill thought, which fit his demeanor.

“Don’t worry about it,” Sam the boss said as he walked into the cleaning room from the office. “Close the doors, we’ve done enough for the day.”

It seemed to C.J. that this summary was insufficient gratitude for what he counted up quickly was sixteen hours worth of work. George could walk home to his father’s house from the seed house, but the boys lived in a town fifteen miles away, not far from where Sam lived. Their parents would normally have come to pick them up, but they had called home earlier–when Sam had asked if they could stay late–to say that they’d be coming back with him. The prospect of time-and-a-half pay had seemed enticing at 4 o’clock.

“Y’all ready?” Sam called to them as he stood by the door. They were in the one bathroom, washing the dirt off their arms and faces over the sink. “You don’t have to worry about my car,” he said. “It’s got more dirt in it than some counties I could name.”

The boys got in, Bill in the front, C.J. in the back, and Sam pulled out onto the county road that led out of the little village. The one restaurant was closed, as was the gas station. There were some kids hanging around the horseshoe pit in the town square, but that was the only sign of life. They drove past George walking by the side of the road to his father’s house.

“Poor old George,” Sam said, shaking his head. “Wonder what he’s gonna do when his daddy dies.” The boys were silent. They were exhausted, but not too tired to talk. They didn’t have anything to say to the older man, the one who paid them money to work. He could talk to himself the whole way back for all they cared.

They crossed what constituted the visible edge of where they were coming from, the last streetlight before you were out in the darkness of the unincorporated land between the village and the town. You could detect the rise and fall of the fields to either side and the road ahead, but the only guide to where you were going was the soft phosphorescence, a whitish-purple color, off in the distance that was the county seat. Sam fiddled with the radio, but he wasn’t looking for music. He was trying to get the agricultural market report in the last half hour before the radio station went off the air. C.J. wondered why people stopped listening to music when they got old.

The county road ran parallel to the state highway, with the distance between the two closing as they got closer to the southwest city limit of the town. You could look off to your right and see the neon lights of the truck stops and diners; the one country-music hall; the abandoned turkey farm that someone had tried—and failed—to turn into a drag strip. They crossed another county road, which meant they were getting close. Off to the left a gigantic house was being built by the owner of a car dealership. Sam shook his head and said “Some people got more money than sense.”

They came over the ridge and passed the cemetery on their left, and then the motel that had lost its franchise loomed up in front of them as they came down the hill to the five-way intersection. Now that they were bathed in the artificial brightness the silence seemed more oppressive as they waited for the light to change to green. They were back in what the boys knew to be civilization; a country club, a go-kart track, drive-in hot dog and hamburger stands. Bill thought of how much money he’d made over the long day, but couldn’t hold the pleasant prospect of spending it in his mind for long.

They turned right on 16th Street; C.J. knew they were two miles from home now as he’d clocked it on his odometer to know how far he’d gone before he ran out to the football coach’s house to lift weights. The houses were big at first—there was the home of the man who owned the ice plant, who had silver dollars in his front patio he was so rich; then they got small as they drove further away from the new part of town, into the older neighborhoods.

They stopped at the only stoplight on the street, at an intersection where a tavern was located. There were cars and trucks parked outside, and a man had a woman backed up against a pickup where he was pushing his hips against hers. Sam looked up from his driving and over at the two shortly after the boys noticed them; a smile crossed his face.

“Gettin’ a little late for tomcattin’, don’t ya think?” he asked, then winked at the boys. Bill smiled, involuntarily. “Not too late for them, I guess.” Sam turned right, drove a block down and took Bill home, where his mother was standing outside on the porch under a bare yellow bulb, the kind that doesn’t attract bugs.

“Got a good day’s work out of him for once,” Sam yelled to Bill’s mother.

“Thank you, he needs it,” she called back.

“See ya tomorrow,” Bill said as he closed the door. Sam turned left three times as he went around the block and they passed by the bar again. The woman who’d been kissing the man was fixing her hair as the two prepared to go back inside.

C.J. nodded but he didn’t understand what Sam meant. The stoplight changed to green and he was home before he could work up the nerve to ask the old man why.

From “The Flight of the Wicked.”

On Stage at the Funeral

Grief is a performance

A Conversation with Amanda Woytus, Host of Life TK

Meet Amanda Woytus, a Catapult Writing Program alumna & a podcast host for women whose futures are yet to be written.

The seed that started IF YOU LEAVE ME