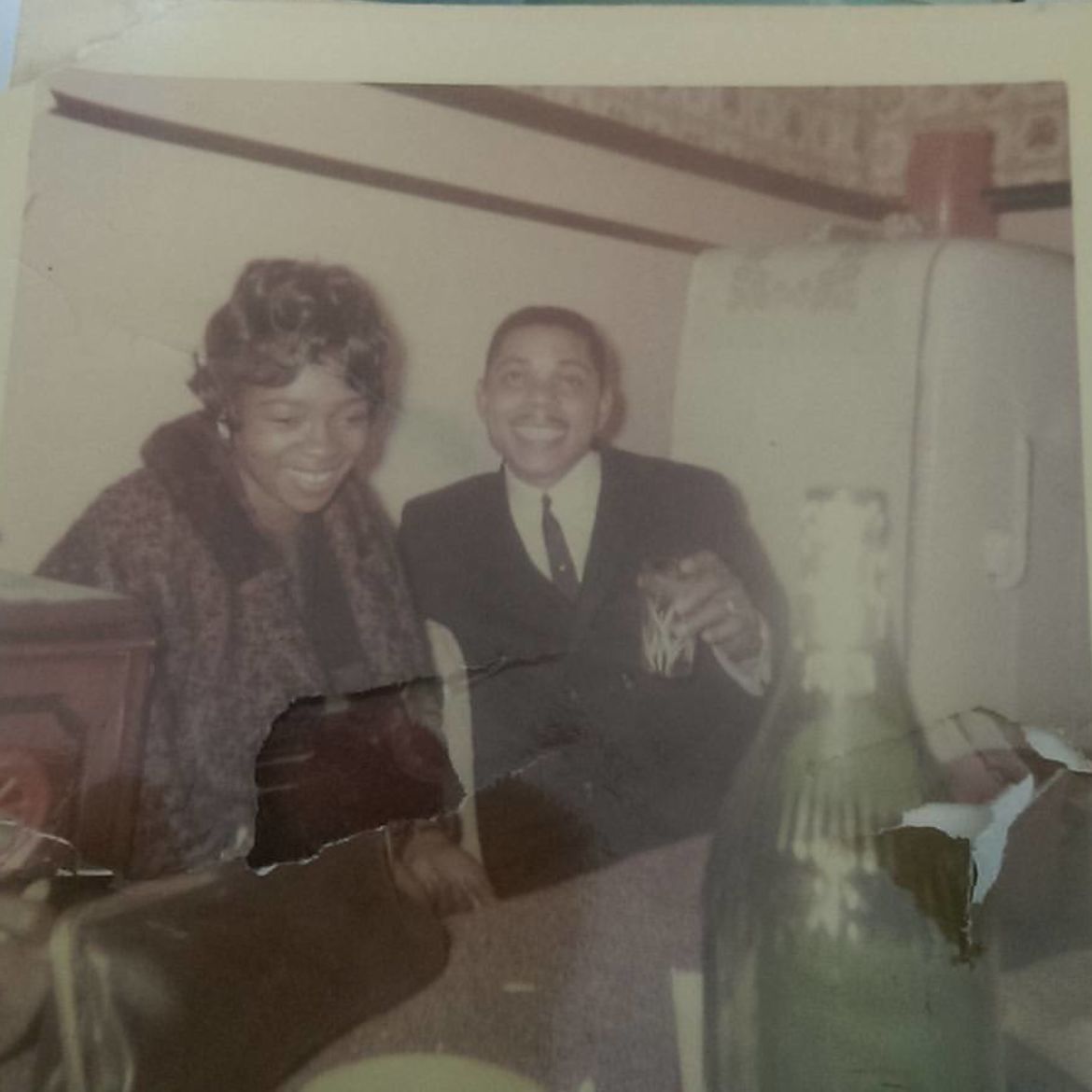 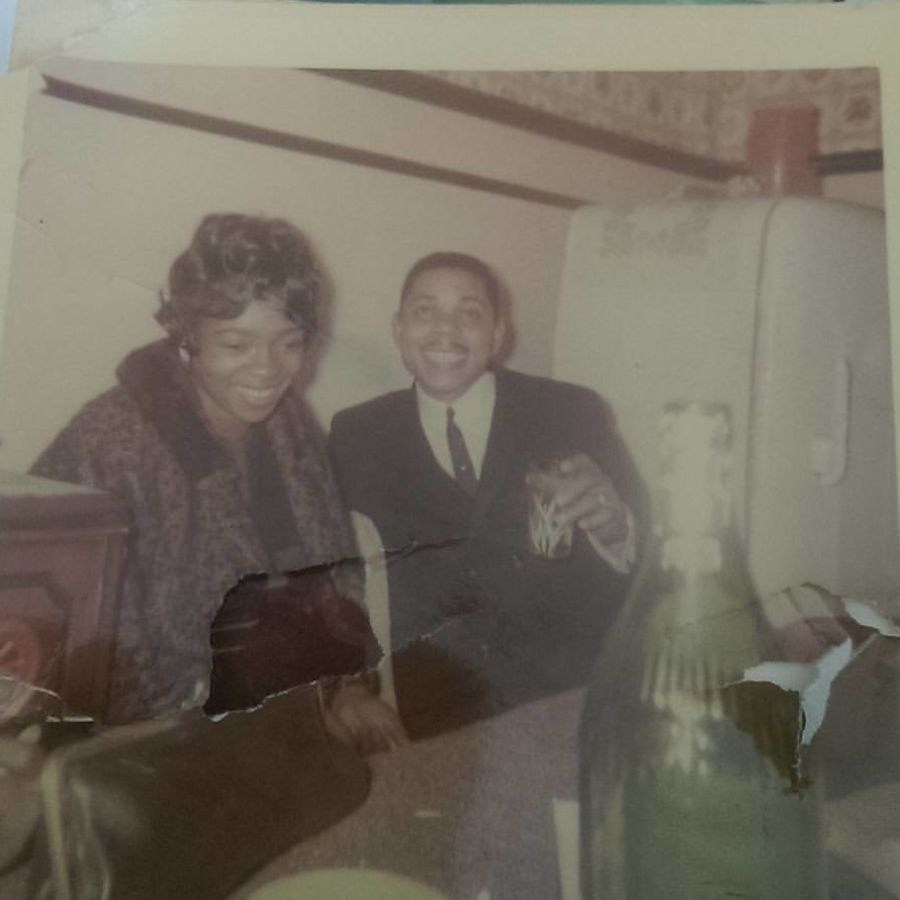 Are My Dogs Transgender?
Kat Rohr

They Light Up My Memory

these days ive been wondering what my Grandma saw in my Pop Pop - and vice versa - when they first met. i know she thought she was good looking, but i would have loved to have been there through the giggling about whatever particularities he harbored, the special languages they built and weaved together even, that im sure she described to her closest friends, her parents, and one of her sisters, my (Grand) Aunt Queen.

by the time i met them both, Grandma and Pop Pop, they had separated. he moved out of their house. and i only knew their house as “Grandma’s house” - i still call it “Grandma’s house” - even though im pretty sure it was in my Pop Pop’s name. it was more hers than his though, i think. she settled into it. her bones increasingly creaking, like the stairs; her boldness a shimmering ring, like the beads hanging in the entryway. she raised generations in that home - it hung out in the once suburb-like neighborhood of Mt. Airy. anyway, things seemed amicable between them as i was growing up. most times, if i were over at Grandma’s for a long weekend, she would take me to Pop Pop’s apartment. i really can’t remember their interactions: me being a child, i was ever curious about the large water tank housing the tiny fish. i do remember that she would go into his kitchen, or they would go together sometimes, and make sure grapes and fresh peanuts were ready to eat. Pop Pop always had Green Grapes and the original, or sometimes Purple Wildberry, Skittles ready for me - the Peanuts were mostly for them. i know they watched  Venus and Serena Williams’ matches together; they loved A.I. (Allen Iverson), watched old tapes of Muhammad Ali, kept up with his daughter, Laila; and adored melting afternoons away with Jill Scott.

Pop Pop was a jazz musician: the only childhood proof i had were his occasional Bebop vocals, and the warm, brown Tongue Drum - which i thought some especially ancient Xylophone made uniquely for my playing - sitting behind a green recliner and an exercise bike, in the living room. i know she loved that about him. the story of the their meeting, in fact, revolves around his musicianship. he was loading set pieces into a venue when she first saw him. she made a habit of seeing him through this same routine for a time.  she wasn’t old enough to get into the club.  then they started seeing each other, then etc etc etc. then love. then love and work. then the work that was love. then family - the house that came with it, the Japanese Maple i later found out Pop Pop planted, the small flower garden  Grandma gathered young folks to learn about, help around,  the Aloe pant hanging in the window, and the many many portraits bathing in the Sun of the sitting room. then  separation. grandparentage. then me. im more than sure Pop Pop fell immediately for her smile, her wit, and the way she seemed to know everything. she was a teacher, after all, my Grandma. and i have some sense of what he might of felt because my Grandma was a Leo - like my ex-partner and one of my best friends ever - while my Pop Pop, like me, was  Gemini. some shit, right? My Grandma was bad, y’all. Both my Pop Pop and her were jawns, to be honest.

i don’t know where im going with this, but my Grandma always said that “Redz was sharp.” Redz was Pop Pop’s nickname. i don’t know where it came from or what it references, and she couldn’t remember. it pre-dates their relationship. probably because he was a light skinned Black boy who grew up in a red state? She never really called him Vern - he’s Vernon, Sr. by the way; my Dad was “(Big) Vern” and I was “Lil Vern”. And i don’t know the exact words Pop Pop would have used to describe Grandma. He was gone (2011) before I got the chance to ask him all the questions about her from his perspective, about love, about his life. in some ways, though not nearly all, she was too (2016).

i wonder if they’ll meet again; if they decided to build a new home among the Stars - inside the infinite dark, where nothing can catch them.

You have been added to the notification list for author Vernon Jordan, III

What is that one thing in your life no one knows about,what is that particular space in your heart you spend all your energy trying to hide?

Rooted To The Ground

Erasure poems contextualize and complicate the narrative essay "Pals: The Married Man and Me."

No one is going to call the wedding police

Stress and Healthy Ways to Deal With It